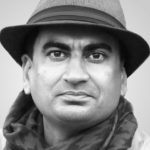 Preet Pal Singh Bhinder  is a physician with specialization in diabetes. He has a particular interest in metabolic disorders, considering that they are rising in every corner of the world, more so in India. He feel it is necessary to raise awareness about the non-communicable disease among the population. There is a need to promote a healthy lifestyle. Also he is a prolific writer; in his free time he either read or write.

He belongs to the beautiful city of Bareilly in Uttar Pradesh and have practiced medicine in his city. He is a lifetime member of Indian Medical Association (UP/12531/14/469/204643/2015-16/L). Additionally, did his practical as a diabetologist at Indraprastha Apollo Hospital, Delhi.

Preet Pal Singh Bhinder has been involved in clinical trials of numerous drugs, food supplements, and vaccines. During his carrier, he worked in senior management for several business institutions. Searle (part of Pfizer, US), and Indian Immunologicals Limited are among them. Also he has participated in numerous conferences in the CIS and European countries, that gave him additional opportunity to enhance his expertise in various areas of medicine.